…and hello to the county of Dorset!

A lot’s been happening since my last blog, which is partly why it’s taken so long to get ‘round to writing this one and yes, some of the reason why is due, directly, to “The Virus”.

Let me tell you a little tale…

I was born and raised in the fair city of Bristol quite some time ago.

When I was 13, my folks decided that there was a better life to be had in Australia – meaning Mum and Dad considered that we kids would, from everything their research had led them to believe, probably experience a ‘better life’ than that which we were living, at that time, in the UK.

So I grew up through my teens-and-twenties in Western Australia (WA), married, had three daughters, worked in a government department, then as an office furniture salesman, divorced, and began a career in broadcasting which led to my becoming a full-time voice-over artist.

However, whilst I mostly enjoyed the lifestyle in WA, I never felt like I actually ‘belonged’, or that Australia was my home, and I hankered after an opportunity to return to the UK (not necessarily to my hometown of Bristol) to see what I’d missed in the 22 years I’d been absent, but, perhaps more importantly, to find out if I felt that I did, indeed, belong.

To cut a VERY long story short, I arrived on a freezing cold morning in late January 1992, at the city’s train station thinking, “what have I done?” (temperatures were in the high 30’s when I’d left Australia – in Bristol, they were about 3º), and thus began my journey towards discovering whether I had ‘found’ my home – or not.

Fast forward nearly 24 years (including living in a few countries in-between), I arrived back in Bristol circa 2016 and finally, felt that I had indeed found something like what I imagined “belonging” would feel like – home.

Then Covid-19 arrived earlier this year, and my lifestyle/pattern, like everyone else’s, changed.

No longer can I (or anyone else for that matter) just walk out my front door having remembered the spectacles, something-something, wallet and watch mantra – nope, we now have to add mask, gloves and/or hand sanitiser to that list.

Also, no longer can I just walk into a café/coffee shop (or just about any shop) without having to queue 2 metres from the person in front of me, put on a mask, scan the NHS or shop’s App (or fill in a form), have my temperature taken, occasionally be questioned as to whether or not I’ve come in contact with anyone who’s known to have the virus, what is the purpose of my visit…

…and so my hometown doesn’t feel so much like “my hometown” anymore.

This scenario has been slightly stressful, mostly inconvenient and certainly very annoying and frustrating for me and, I’m sure tens of thousands of others.

So the time has come to move 120 kilometres south to the county of Dorset for both business and, obviously, personal reasons.

For many, escaping to somewhere near the sea might seem like a dream come true. And there’s no denying the beauty of Dorset’s countryside. But, strangely perhaps, having lived close to one of the most beautiful stretches of beach in the world for half my life Downunder – I still yearned for Bristol and the UK.

Maybe, one day, I’ll return to the city of my birth and embrace it once again… 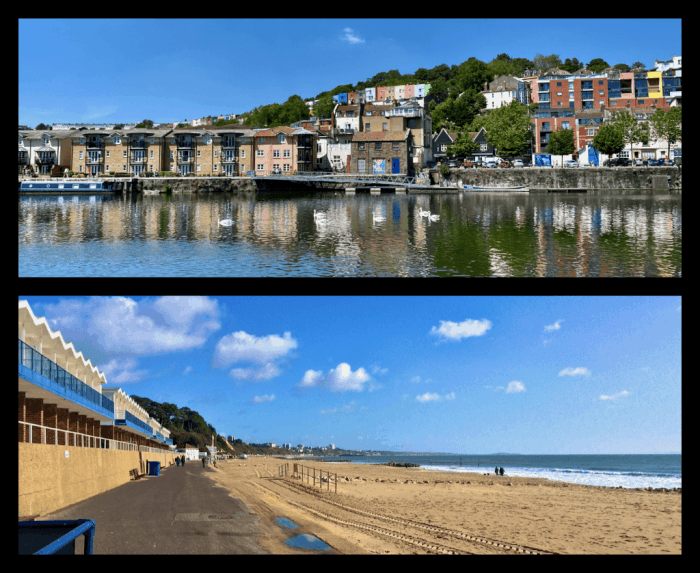