Australia – not so much of a holiday…

So here I am, getting ready to hop on a non-stop 16-hour flight to Australia, with the purpose of visiting family and friends I haven’t seen or spoken to very much since my last trip down under in July 2018.

That and trying to clear 30+ years of memories, memorabilia and some clothes (which should probably be in a museum) from a storage unit I’ve been renting there for the past 9 years or so.

To fill you in as to why I have family, friends and a lockup in the land down under, let me tell you a little tale… 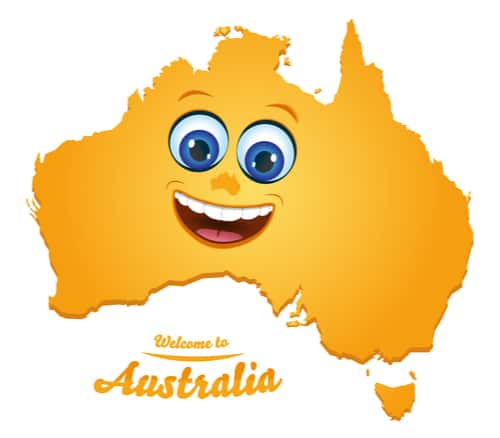 I migrated to the Antipodes with my parents in 1970 – not really having much choice in the matter as I was only a lad at the time – where I grew up for 22 years. I then returned to the UK and have been bouncing (much like a kangaroo) back and forth between hemispheres since 2013, including a one year stint in Dubai in 2014.

I now live permanently in merry old England and am likely to continue doing so until they don’t want me anymore, or I become fodder for the worms.

Everyone says they’re envious of my Aussie trip, and of course that they hope I have a good time, safe flight, watch out for spiders, sharks, snakes, “lucky me” etc.

What most people don’t realise is that the instant I alight from the plane in that land of sun, sand and sea, it’s pretty much a hit-the-ground-running scenario, full-on, for the best part of 4 weeks.

Not complaining, nope, not one bit.

However, compared to my sometimes watching-paint-dry type existence behind a microphone most hours of most days, waiting for a potential voice-over script to land in an inbox and being a ‘little bit’ proactive on the marketing/promotional front (such as writing these blogs!), life where I’m mainly found – studio-land – is mostly v-e-r-y sedentary, to say the least.

That sometimes nondescript equilibrium is torn asunder when visiting Oz as I go about and around, endeavouring to meet up with everyone I want/need to see at least once, including but not limited to five grandchildren, a brother, a sister, two nephews and their offspring – and that’s before I even begin to figure out how to catch up with some very dear, long-term friends, plus a few former work colleagues.

In addition to some considerable organisation on the family/friends front, a voice-over can’t really afford (literally) to take an entire four weeks away from the microphone, therefore, I’ll be travelling with my famous PortaStudio so I can be available should anyone absolutely, positively need these [allegedly] dulcet tones for their commercial, narration, documentary or whatever.

Imagine me, if you will, building many ‘forts’ from sofa cushions and soft furnishings in general wherever I’m staying during my sojourn, and making sure that there’s always decent wi-fi or, better still, a hard-wired direct ethernet cabled connection available.

One day, I shall not take my microphone, laptop, assorted cables and connectors with me when going away somewhere for more than a few days.

That’s one of the ‘one days’ I live for…

Read Greg Marstons observations from his trip to Australia