Always look on the bright side?

Terry Jones, one of my many comedy heroes, passed away in January.

Kirk Douglas, one of my Dad’s heroes, went early February.

These are but two of the hundreds of what Wikipedia terms “notable individuals” who shuffled off this mortal coil over the first 6 weeks of 2020.

Terry and Kirk are just a couple of names on a list which, over only a few days, includes journalists, a cartoonist, sportsmen and women, musicians, politicians, an inventor, a microbiologist, a convicted fraudster, a novelist and a magician.

Having looked at the names on Wiki’s roster of death, it occurred to me that my generation and, certainly, the one before it, are popping off at a rate of knots.

Sure, not all the departed were in their, shall we say, ”latter” or perhaps ”twilight” years, but when someone you feel you know passes (RIP Terry), it makes you realise how precious and short life can be. 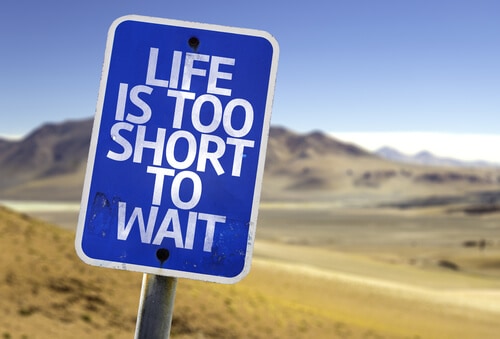 So, as of this year, I’m going to try to live and do, see and experience more – and hang the expense!

I’m not advocating that anyone reading or listening to this blog should be planning on spending their last penny/cent/euro or whatever currency you’re using to just “have a good time” and sod everyone else.

However, I am talking about my own philosophy on the subject of spending money, which goes something like, “life really is too short, you can’t take it (money) with you, so what’s the point of squirrelling it all away for retirement or a rainy day or whatever when you’re probably not going to be able to really enjoy it?”.

I’m sure some of you may think this a very selfish if not self-absorbed take on life.

Some will think it’s foolhardy to dismiss the advantages of ”saving” or ”putting aside” money for the future, whether it’s to provide for kids (if you have them) or a care home for yourself.

However, my personal view, having had a reasonably decent life (as in I’ve done some stuff, been to some interesting places, met some groovy people, experienced some great things and been blessed with three amazing daughters and their offspring), is that there aren’t too many things left to do.

Unless I just want to sit and watch the stupidly large TV screen in my lounge – all the time (nothing ‘wrong’ with that, it’s just not for me – well, not all the time!).

So, dear reader/listener, should you be fortunate enough to have saved or invested a bazillion bucks by the time you retire (if you’re thinking of, or racing towards, that day when you don’t “have” to work – if you don’t want to – ever again), but you’re unable to use it to go on that cruise, buy and then be capable of driving that car, building and living in that dream home (at the age of 60 or 65?) due to health reasons, family circumstances etcetera…

…think what you could have done with at least some of the funds you were busy saving for all those years leading up to whatever you perceive to be retirement – or that somewhat cliched “rainy day”.

And always, ALWAYS, look on the bright side of life.

To quote John Cleese on Terry Jones’s departure, two down, four to go…